Riga is the capital of Latvia and the largest city of the Baltic states, despite a relatively small population of about 700,000. Interestingly Riga ir home to more than one third of Latvia’s population. It has a large Old Town, which stretches alongside the Daugava river, and boasts a number of historic monuments, the most striking of which are the Doms Cathedral and St. Peter’s Church; also the centre of the city is famous for its Art Nouveau (Jugendstil) architecture. The Historic Centre of Riga as a whole is included on the UNESCO world heritage list. The city is an important seaport and a major industrial, commercial, cultural and financial centre of the Baltic Sea region.

Riga is also home of Riga Technical University – the oldest technical university in Baltic States that celebrated its 155th anniversary in 2017. The university is the main organizer of the tournament. The main building of Riga Technical University and therefore venue of the 1st to 3rd festival was located in the Old Town of Riga, very close to the river Daugava. Since 2014 tournament is located in the international exhibition centre Kipsala. Old Riga is the historical and geographical centre of Riga on the right bank of the Daugava. Old Riga covers a relatively small inner area of the 13th-18th century fortifications where unique monuments of medieval architecture which, surprisingly, have survived two world wars are concentrated. One can enjoy the aura of an ancient city in the narrow streets. Unique complexes of residential houses and sacral buildings are found here – Riga Cathedral, construction of which started in the 13th century, Gothic style St. Peter’s Church, St. Jacob’s Cathedral which houses the Seat of the Roman Catholic Church, St. George’s Church, called the White Stone Palace, the beautiful Synagogue of Old Riga, the yard of the Convent of the Holy Spirit, the Dannenstern House, the complex of residential houses “The Three Brethren”, Riga Castle, and others. 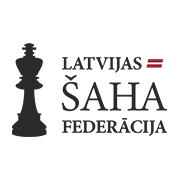 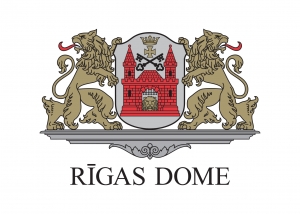 Because these cookies are strictly necessary to deliver the website, you cannot refuse them without impacting how our site functions. You can block or delete them by changing your browser settings and force blocking all cookies on this website.

We also use different external services like Google Webfonts, Google Maps and external Video providers. Since these providers may collect personal data like your IP address we allow you to block them here. Please be aware that this might heavily reduce the functionality and appearance of our site. Changes will take effect once you reload the page.